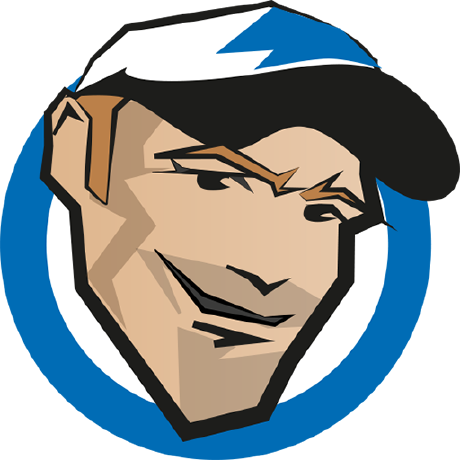 Microsoft Quantum Development Kit is constantly evolving, continuously bringing new features to Q# developers. One of the excellent recent features was the introduction of standalone Q# command line applications, allowing the Q# users to create Q# programs without a need of a separate host application.

In this post we will have a closer look at that feature, and examine how it is bootstrapped under the hood.

If you worked through any of the older Q# documentation or tutorials, you are surely accustomed to building hybrid quantum programs - with quantum logic in Q#, and the host application being written in another language programs. That was because Q# had no notion of a self contained executable - instead, the executable host was supposed to be built in a mainstream language (C#, F#, Python), and that host would then interop with your Q# algorithms, invoking them out of process.

The new @EntryPoint() feature shipped in QDK 0.11.2004.2825, which was released on 30 April 2020, and finally allows us Q# developers to create fully standalone Q# programs, greatly simplifying the way we work with the language and its quantum runtime. Q# developers can now use the @EntryPoint() attribute to annotate a relevant operation or function as the method that gets executed upon application start up.

Once such Q# program with an @EntryPoint() is prepared, the console application can be invoked using the dotnet SDK:

This command will compile the Q# code, and invoke it immediately. You could also precompile the program DLL first, and then you invoke it directly, also without needing the Q# source code anymore:

QDK also ships with application templates that can be used to quickly generate new programs from the command line, Visual Stuido and Visual Studio Code. Those templates have already been updated to take advantage of the new entry point feature - now, creating a new standalone Q# application doesn’t create a separate non-Q# host program anymore, but instead leverages the @EntryPoint() attribute. A most basic example of a Q# program, with a Q# operation that happens to be used as the executable entry point is shown below.

The entry point attribute can only be used in console applications - it is not allowed to declare an entry point inside Q# libraries. Therefore, the csproj project file of your program, needs to have a corresponding <OutputType>Exe</OutputType> entry in it:

If it was missing, then the compiler would end up using the default value (<OutputType>Library</OutputType>) and would throw a build error indicating that libraries cannot have entry points.

When creating console applications with any general purpose languages, such as for example C#, we are used to being able to pass various arguments to our program. This is typically achieved by using a conventional Main signature such as the one below:

As a developer you are then responsible for parsing and validating the args array. This works reasonably well, but, especially for richer sets of inputs, tends to be tedious task. On that front, standalone Q# applications offer something much more developer friendly, and that’s support for sophisticated function signatures on the entry point operations. That allows the Q# developers to accept application arguments in a strongly typed declarative manner. An example of that technique is shown next:

In the snippet above, the Q# application will accept command three line arguments, the names of which correspond to the ones declared in code. We can then invoke such application using one of the following command line syntaxes:

By convention, each argument is mandatory, and the program won’t execute without all three of them being passed in.

Aside from the three example types used in the sample above, other types that are supported as arguments on the entry points are several of the Q# numeric types (such as BigInt or Double), Range and Unit types, single dimension arrays of built-in types, Pauli matrices (I, X, Y, Z) and Q# Result type (One and Zero).

One more interesting aspect of the feature that’s worth mentioning, is that if an argument on your entry point operation or function is using a camel case name - for example operation Start(importantEntries : String[]) : Unit, then the generated corresponding command line argument would be converted into kebab case - important-entries. That’s because typically command line applications use kebab case over camel case argument naming schemes.

Overall, this excellent functionality is achieved because the Q# runtime is now actually shipping with System.CommandLine library, which is used to provide binding and conversion of arguments. Under the hood, the compiled .NET Core assembly actually contains a dynamically generated application entry point that satisfies the CoreCLR entry point requirements and a “driver” type functionality, not much different from the one that previously needed to be rolled out by the developer by hand. The dynamically generated type is named with the esoteric __QsEntryPoint__ name and it has a generic console application entry point signature of private static async Task<int> Main(string[] args). Those generic arguments are then parsed and converted to the appropriate arguments required by the Q# operation or function which was marked to be the entry point by the developer. All of that machinery, however, is nicely hidden away from the developer and normally we do not worry about how all of these things are glued together. However, if you feel like looking under the hood, I really recommend to check out the main PR responsible for bringing this feature into Q#, from Sarah Marshall - it can be found here.

Q# console applications have another excellent feature to them - also related to the usage of System.CommandLine library - and that’s automatic help generation for the Q# console application. Each compiled application automatically gets three built-in arguments -?, -h, --help which can be used to display the application’s help. The help includes documentation about all the typed arguments our entry point operation or function exposes. As users, we simply need call one of the following:

For our above example with number/text/flag arguments, the help displays:

This looks already very cool, and aside from the built-in options - the help itself, the version display and the ability to choose a simulator - we also see an entry for each of the three input arguments that were defined by us on the operation marked as entry point. What’s even better, is that the help generator integrates the documentation comments, should we put any on the Q# entry point. The next snippet shows our original entry point, extended with the documentation:

If we were to run the help again, it would look the following way - notice the comments being part of the new help output.

The entry point validation is also already integrated into the Q# compiler. The compiler now contains a set of diagnostics specifically dedicated to helping Q# developers diagnose problems with their Q# entry points. Those diagnostics are summarized in the table below. Please note that this code in the compiler is under active development and the detail level of the diagnostics, as well as their IDs may change.

The ability to create standalone Q# programs is an excellent addition to the Q# language landscape. It is a sign of the maturing Q# application runtime, drastically simplifies working with the language and removes barriers of entry for newcomers.

These self contained Q# applications are also going to be supported in Azure Quantum, which is an even more exciting piece of news, emphasizing the important role of this approach to building Q# quantum programs.

You May Also Enjoy

Debugging the installation process for Q# + Python on Linux

I’m Olivia, I’m a quantum computing researcher at TRIUMF in Vancouver, Canada. I work with nuclear and high-energy physicists on finding problems in their do...

Welcome to the Community!